Petty Patents Around the World

Utility models are intellectual property (IP) rights also known in some countries as utility innovations, utility certificates, short-term patents or petty patents. Independently from the specific wording used, a utility model is an exclusive IP right granted in some countries for a technical innovation, generally relating to a product or a device, for a limited period of time, mostly varying from 6 to 10 years, depending on the country, and giving rise to priority rights under the Paris Convention.  The term of protection for utility models is thus shorter than the 20-year term of protection for patents. Despite this shorter term and although utility models are not available for all types of innovations, nevertheless they confer, exactly as patents, exclusive rights allowing the owner to prevent others from commercially using the protected innovation, without his/her authorization.

In the following, the main characteristics of utility model protection in China, Japan and in the European countries where utility models are mostly filed are presented.

In addition to the so called “invention patents”, which may be directed to products and methods/processes and give a patent owner a 20-year protection, the patent system in China also provides the option of utility models. Utility model offer protection only to products and have a term of 10 years. Furthermore, utility models should be directed to “the shape, the structure, or their combination, of a product”[1], which excludes non-fixed shape, such as powder or liquid, and molecular structure or composition of a substance.

One can see from the diagram below that the annual number of utility model applications filed in China has significantly increased in the past decade. The reason for this ever-rising popularity has at least partly to do with the relatively short pendency before grant , but also with the difficulty in invalidating a utility model on the ground of obviousness due to the low standard prescribed by the statutory requirement in this regard. One notable case in connection with enforcement of Chinese utility models is the Chint v. Schneider Electric case[3]. Having successfully defended the validity of the utility model at issue, the patent owner, Chint, entered a favorable settlement with the defendant, Schneider, for RMB 157 million (the judgement awarded RMB 334 million damages in first instance). Another effective way of wielding this swift dagger is to file complaints against counterfeits on the Taobao IPR System or the like with the supporting evidence of utility models. Since utility models focus on the shape or structure of products which are shown in at least one drawing, they are easier to be compared with the alleged counterfeits and infringement may be easily proved. 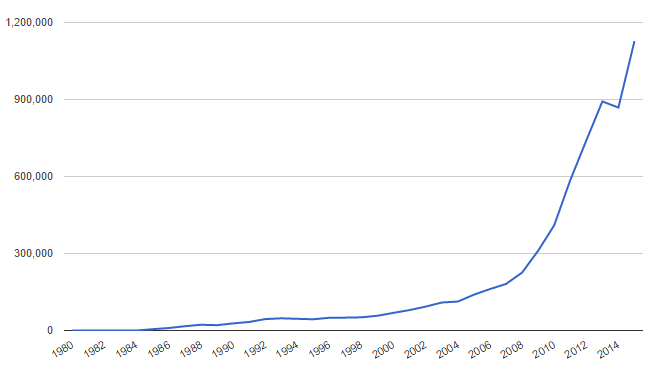 The Japanese Utility Model Act (JUMA) protects “a device that relates to the shape or structure of an article or combination of articles and is industrially applicable” (Article 3(1) of the JUMA).  Similar to utility model laws in other countries, a method, such as a manufacturing process, cannot be protected under the JUMA.  Japanese utility models have a term of 10 years.

Similar to utility model systems in other jurisdictions, Japanese utility model applications can be registered without any substantive examination as long as the basic requirements stipulated in Article 6-2 of the JUMA are met (e.g., whether claims are directed to the protectable subject matter or not).

Because of the non-substantive examination system, enforcement of utility models is restricted and allowed only after providing a warning to an alleged infringer by presenting a “Report of Utility Model Technical Opinion,” which is an assessment report on its registrability, such as novelty and inventive step, issued by the Japan Patent Office (Article 29-2 of the JUMA).  If the warning to the alleged infringer is not based on a positive assessment of the report and the utility model is eventually invalidated, the right holder may be liable to compensate for damages caused by such warning and enforcement (Article 29-3 of the JUMA).

Moreover, due to lack of substantive examination procedure, opportunities for amendments are very limited and once a utility model application is registered, there is only one chance to correct the specification, claims and drawings, although canceling claims is allowed many times.  Such correction is limited to (i) restriction of the scope of claims, (ii) correction of errors, (iii) clarification of an ambiguous statement, and (iv) conversion of dependent claims to independent claim format (Article 14-2 of the JUMA).

Therefore, there are some disadvantages of the Japanese utility model system, and applicants may find that patents are more advantageous than utility models.  In fact, during 1980s, approximately 200,000 utility model applications were filed each year; however, in recent years, that number has dropped to about 7,000.

Although there are some disadvantages, utility model applications may be still valuable because relatively broad claims, which are registered without any substantive examination, may easily capture competitor’s products, but the competitors would not immediately know whether the registered utility models are invalid or not.  Therefore, utility model applications can be strategically valuable if a proper set of claims, including broad and sufficiently narrow claims, is presented.

In Europe, there is no international agreement establishing utility model rights allowing to obtain protection in more countries, as is the case for patents. As a consequence, only national utility models are available. National utility models may be obtained in Albania, Austria, Bulgaria, Czech Republic, Denmark, Estonia, Finland, France, Germany, Greece, Hungary, Ireland, Italy, Poland, Portugal, Slovakia, and Spain. However, according to the WIPO statistics database, Germany, Italy, Spain and the Czech Republic are – in this order – the most important European countries based on the number of filings per year.

Thus, among the first five European countries by GDP, namely, in the order, Germany, Great Britain, France, Italy and Spain, protection via utility models is not available in Great Britain.

It has to be observed that French utility models (certificats d’utilité, which literally means utility certificates) are not as popular as elsewhere, and much less used than in Germany and in Italy. The main reason for this more limited use of utility models in France is that French utility models have a term of only 6 years, are subject to the same substantive patentability standards as patents, including in relation to inventive step and, most importantly, are not directly enforceable in the absence of evidence of non-relevant prior art. Indeed, to start an infringement action in France based on a utility model, a search report issued by the French Patent Office must be submitted to the French Court.

In contrast, Germany is by far the first country in Europe by number of filings per year. According to the WIPO statistics database, in 2015, almost 14,000 direct utility model applications and about 280 utility model applications as PCT national phase entries were filed. German utility models have a term of 10 years from the filing date, are not examined, and have a fast registration procedure, which may end within a month up to four months after filing, on average. However, the rights they give rise to may provide the same relief as that obtainable by a patent. Out of 100 patent litigation cases, about 10 cases are based on utility models and 90 cases are based on patents. Although German utility models are not examined, they need to meet the same substantive requirements applicable to patents, to be valid. Thus, they have to be directed to inventions which are novel, involve an inventive step and are industrially applicable. For many years, both the case law and the literature indicated that the inventive step was lower than for patents. However, more recently, German Courts tend to assess the inventive step requirement of utility models more and more in the same manner as for patents. Any technical invention may be protected, including pharmaceutical compositions and, at least to some extent, the use thereof, but with the notable exception of methods, which may be protected only via patent protection. Also, since only German national prior use and published written prior art references are relevant for assessing the patentability of German utility models, and since there is a 6-month novelty grace period, German utility models can provide a protection even in cases where the invention is no longer protectable elsewhere. Furthermore, a German utility model is always an available option whenever an applicant owns a pending German application or pending European or PCT patent application designating Germany. From any of these pending applications, in fact, one or more German utility models may be requested via the so-called branching-off procedure. Actually, since a simultaneous protection of the same innovation by a patent and by a utility model does not give rise to double patenting issues in Germany, it is also possible to request a simultaneous protection via one or more utility models, in addition to the classical patent route, so to have a fallback position to rely on in case of need. However, differently from a simultaneous filing of a patent application and of a utility model application, branching off a utility model from a patent application permits to tailor the utility model claims based on the product of a presumed infringer.

In Italy, which is the second country in Europe by number of filings per year (almost 3000 direct applications were filed in 2015, according to the WIPO), the law makes a clear distinction between patents and utility models. According to the Italian law, inventions may only be protected by patents, while utility models are conceived to protect “new models” (in the sense of structures or forms) “suitable to provide machines or parts thereof, tools or objects with a particular effectiveness, usefulness or easy of application”. In practice, this distinction is not so clear cut, and it is thus possible to protect also inventions with a utility model, provided the invention is not a method or process, a chemical product or an electronic circuit, which are excluded from utility model protection. As in Germany, also in Italy utility models have a term of 10 years, are not examined but are nevertheless enforceable, at least to the extent to which their validity is not challenged or not successfully challenged by a counterclaim in an infringement action. The substantive requirements are novelty, inventive step and industrial application. However, the bar for inventive step is generally lower than for patents, which is a great advantage for utility model owners. The registration process may take some years and is thus slower than in Germany, but this has no substantial impact on enforceability, because an Italian utility model can be enforced as long as it is published or notified to the presumed infringer. Conversion from a patent into a utility model is also available. A simultaneous protection of the same innovation by a patent and by a utility model is explicitly provided by the law. Differently from Germany, however, utility model applications cannot be directly obtained as PCT national phase entries, because Italy has closed its national route and thus firstly requires an entry of a PCT application into the European regional phase, to get a protection at the national level.

Utility models follow a registration procedure which may be significantly simpler, faster and less expensive than the grant procedure of patents and should therefore be considered as an additional option to protect innovations in some markets, in particular for products having a short commercial lifetime. In addition to a fast registration procedure, a further advantage in some countries is that the standard for inventiveness may be a lesser requirement than the inventive step or non-obviousness required for a standard patent. Thus, in case of incremental innovations or of improvements that are not eligible for patent protection, utility models can be used in alternative to patents. Furthermore, utility models derived by patent applications may provide a rapidly obtainable right to assert against “copycat” products by competitors or counterfeiters.