Jeffrey Bergman serves as the Managing Partner of the firm’s Houston office. With over 20 years of experience, he is frequently recognized among his peers as a leader in the field of intellectual property law.

Jeffrey was recently lauded in IAM Patent 1000’s 2020 edition of The World’s Leading Patent Professionals, who said, “Jeffrey Bergman … has prosecuted key patents for clients in many technical disciplines and industry sectors. Contacts in Europe and Asia look to him for incisive insight into the US patent system.”

He has successfully appealed numerous patent applications before the U.S. Patent Office Board of Patent Appeals and Interferences. In addition to his extensive involvement with domestic patent applications, Mr. Bergman has provided guidance to foreign counsel in the procurement of numerous foreign patents. Mr. Bergman has also served as lead counsel in Federal Circuit appeals, as well as handling reexamination proceedings, reissue proceedings, and Inter Partes Review Proceedings.

Mr. Bergman has worked on a number of litigation matters involving oilfield and chemical technologies. He has also provided counseling to clients on freedom to operate, invalidity, and non-infringement opinions. Mr. Bergman has given numerous talks throughout Europe and Asia to clients and law firms to facilitate their understanding of the U.S. patent system. 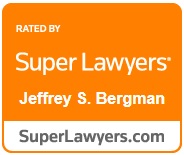